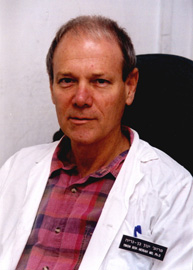 Ben-Neriah cloned cAbl, characterized the leukemia oncoprotein Bcr-Abl as a postdoc and shared the identification of the multidrug resistance protein Mdr1. Later, as an independent researcher, with Alex Levitzki, he identified the first effective Bcr-Abl small molecule inhibitor, paving the way to the development of the anti-CML drug Gleevec. He discovered LTK, an ER resident, oxidative stress responding protein tyrosine kinase and with Patrick Baeuerle he elucidated the most critical signaling event in the activation of the transcription factor NF-kB, IkB degradation. Related contributions are: uncovering the role of IkB phosphorylation and ubiquitination, identifying of the first signal-induced E3 degron and b-TrCP, as the IkB-E3. Animal models they developed led to recognition of NF-kB as a coordinator of epithelial innate immunity and a major factor linking inflammation and cancer. More recently they elucidated a key step in the regulation the Wnt signaling pathway: protein modification initiating b-catenin degradation and identified CKI as a key component in the Wnt cascade.