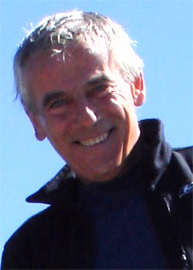 Roberto Sitia graduated in Medicine at the University of Genoa, Italy and trained at the Memorial Sloan Kettering Cancer Center in New York, US and at the MRC Laboratory of Molecular Biology in Cambridge, UK. A leader in the fields of protein secretion and regulation of antibody production, he clarified the mechanisms of protein quality control in the secretory pathway, discovered the 'leaderless' secretory pathway, utilised by proteins like bFGF and IL1beta that lack a signal peptide, and dissected the biogenesis of Russell Bodies and their role in Endoplasmic Reticulum Storage Disorders. His laboratory cloned and characterized many human genes involved in interorganellar redox homeostasis and stress responses, and characterized the mechanisms that limit the lifespan of normal and malignant plasma cells, unveiling novel links between proteostasis and signaling. He was elected member of the European Molecular Biology Organisation (1992) and is now Professor of Molecular Biology at the Universita Vita-Salute San Raffaele Scientific Institute in Milan.