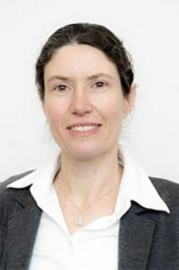 Prof. Annemiek van Spriel, Ph.D., is Professor of Experimental Immunology at Radboud university medical center, The Netherlands. At the Tumor Immunology department, Van Spriel focuses on the role of membrane proteins in the immune response against cancer. Annemiek van Spriel (1973) obtained a Master's of Science degree in Medical Biology from Utrecht University in 1996. In 2001 she obtained her PhD on research into neutrophil Fc receptors at Utrecht University. She was awarded fellowships from the Dutch Cancer Society and the Netherlands Organization for Scientific Research to work as Postdoctoral researcher at the Leukocyte Membrane Protein Laboratory in Melbourne, Australia. Since 2004, she has been working at the Tumor Immunology department at the Radboud Institute of Molecular Life Sciences. In 2012 she received NWO-VIDI and Aspasia Grants and became a junior principle investigator. She became associate professor and team leader of the Tetraspanin Research Group, and in 2016 she received an ERC Consolidator Grant to conduct research on the cell membrane of cancer cells.

Her research has made fundamental contributions to understanding the role of membrane-organizing tetraspanins in the immune system. All our cells are surrounded by a cell membrane, of which the tetraspanins are a part. These are 4-transmembrane proteins that play an important role in the organization of protein complexes in the cell membrane that ensure cell function. Her team discovered that tetraspanins control fundamental cellular processes in immune cells, including proliferation, signal transduction and antigen presentation. Tetraspanin-deficiency leads to various immunological defects and development of cancer. The aim of her research is to unravel the molecular mechanisms that underlie tetraspanin function in immune cells in relation to the development of malignant disease.