Dynamics and Regulation of Respiratory Chain Biogenesis in Mitochondria

The biogenesis of the mitochondria, known as the powerhouses of the cell, involves the assembly of the energy-transducing respiratory chain complexes (RCCs) in the inner membrane of the organelle. RCC biogenesis is a tightly regulated process, in which multiple mitochondrial- and nuclear-encoded subunits are assembled to form active enzymes that are organized into supercomplexes and higher-order networks. A large number of assembly factors have been identified that facilitate discrete steps of RCC supercomplex biogenesis. Mutations in genes encoding structural RCC subunits or RCC assembly factors are responsible for a variety of severe human disorders.

It is generally assumed that RCC biogenesis is intimately linked to the metabolic and developmental state of cells through intricate signalling pathways, but the molecular basis of these processes and the downstream targets of such pathways in mitochondria are poorly understood. In this project, we want to analyze RCC assembly factors and their associated regulatory protein networks which we refer to as "respiratory chain factories". To this end, we will combine quantitative proteomics with biochemical and cell biological approaches to systematically study factors that influence RCC biogenesis. Our goal is to understand the molecular crosstalks between these proteins and how their associated regulatory networks are connected to cellular signalling pathways. As an outcome of our study, we expect to obtain a better understanding of the biogenesis and the dynamic architecture of RCCs. 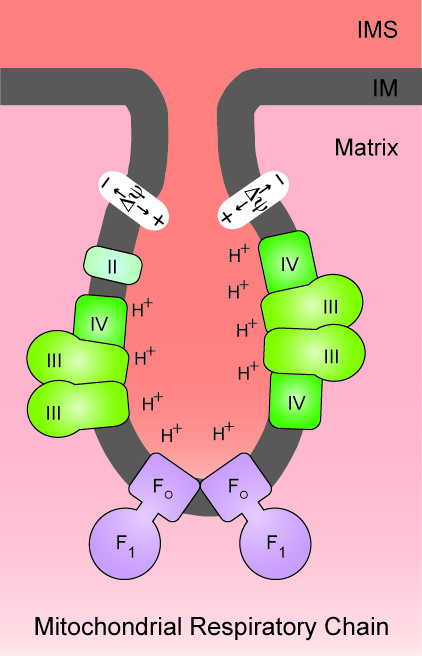