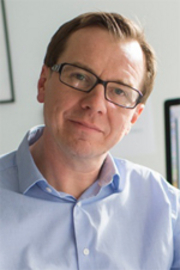 Jukka Westermarck (born in 1969) is a Professor of Cancer Biology, and Research Director, in the Turku Bioscience Centre at University of Turku, Finland.

Westermarck earned his medical degree from University of Turku in 1996. Two years later he received his PhD degree in Department of Medical Biochemistry and Department of Dermatology from the same University. He was working as a postdoctoral fellow in the laboratory of Dirk Bohmann during 1999-2001 in the European Molecular Biology Laboratory in Heidelberg, Germany. After being appointed as Academy Fellow by the Academy of Finland, he established his own research group at Turku Centre for Biotechnology in 2002. In 2006-2009 he was appointed as a group leader in the Institute of Medical Technology at University of Tampere, and after that he returned back to Turku due to his appointment as a tenure Research Director of Turku Centre for Biotechnology, and as a Professor of Cancer Biology at the Faculty of Medicine. In 2012, he worked as a visiting Professor at Dana-Farber Cancer Institute, Boston.

Professor Westermarck received young researcher prize from Finnish Medical Association Duodecim 2007, and Anders Jahre young investigator prize 2009 from University of Oslo, Norway. In 2017 he became an elected member of the Finnish Academy of Science and Letters. In 2020, President of Finland conferred an Commander of the Order of the Lion of Finland on him.

His research focuses on role and regulation of phosphatases, particularly tumor suppressor protein phosphatase 2A (PP2A) in human cancers. Based on this work his group has identified several novel signaling principles how PP2A regulates cancer progression, as well as potential novel cancer therapy targets and diagnostic biomarkers.