The iGEM Team from the University of Freiburg: This Year’s Project

Things are heating up for FreiGEM 2011, the University of Freiburg’s iGEM team for 2011. The first workshop with representatives from MIT (Massachusetts Institute of Technology) has already taken place at the end of May in Spain. Next is the Regional Jamboree for European teams on 30 September–2 October in Amsterdam, before the World Championship Jamboree takes place on 5–7 November at MIT in Cambridge, Massachusetts. Tobias Knust talks about how things are going so far for the iGEM team from the University of Freiburg and this year’s project.

At the end of May, the preliminary meeting of the European teams for this year’s iGEM competition took place in Carmona, close to Seville in Spain. Were representatives from MIT also there?

Some of iGEM’s top people were involved in the teachers’ workshop, such as Tom Knight, a professor at MIT and the inventor the BioBrick Standard used in iGEM, Randy Rettberg, who is the director of iGEM, and Meagan Lizarazo, the assistant director of iGEM. Randy Rettberg talked about the principle of and idea behind iGEM, and Tom Knight explained how the BioBrick Standard works and why it was developed.

What did the iGEM teams present?

Representatives of two teams from last year’s iGEM gave a demonstration to give the new participants an idea about what they will be up against. They discussed some of the problems they encountered. After that, the teams introduced themselves and gave a short presentation about their teams and projects. The workshop participants were from all over Europe, such as France, the UK, Germany, Italy, the Netherlands, and Spain of course. One representative even came all the way from South Africa. In the evening, we all had lively discussions about iGEM and the format of Jamborees and award presentations.

Was the workshop a valuable experience for the University of Freiburg team?

Although it was a long journey for some of us, the workshop was very informative in retrospect. Many participants in Carmona found my presentation of the University of Freiburg iGEM team’s project interesting. And I was able to make some contacts with teams from Paris, Munich, Bielefeld, Delft and Edinburgh.

What research goals has this year’s University of Freiburg iGEM team set for itself?

Our aim is to simplify the routine work of biologists by modifying a harmless stem of E. coli bacteria in such a way that the production of bio-engineering relevant proteins can be induced through light. After a gentle but efficient lysis of the bacteria, the protein is cleansed by a tool we have developed, called the precipitator. This is a protein we designed that can be used to clean a target protein in a way similar to the nickel-NTA column. Thanks to the properties of this living, self-replicating system, scientists can choose between different products and desired quantity within a very short time. This should especially help laboratories with fewer financial resources, enabling them to still carry out their work efficiently despite having to watch their budget.

What is the goal of this project?

The goal for our biological project is to test the functionality of our idea. Furthermore we have a “philosophical” project of putting together and distributing a general code of ethics for scientists that is similar to the Hippocratic Oath for physicians and makes sense to the public are aimed at a global social and economic context. Our goal is to assuage fears of “evil” genetic engineering and enable laboratories with limited financial and technical resources (for example in areas such as South America or Africa) to conduct research and development more easily. From this point of view, I think our chances of qualifying as one of the European teams to go to the World Championship in Boston are relatively good.

What are the greatest hurdles a team faces when preparing for the competition?

We’ve encountered a few problems already, unfortunately. These were due to unsound working methods of many international teams who took part in past competitions and whose BioBricks (parts) we are currently using for our project. Many of the parts are either poorly documented or not at all, or they’re incorrectly labelled or even faulty, which means we can’t use them and have to build them again from scratch. That can be very time consuming, but it’s not something new to iGEM, and iGEM’s management is addressing the problem. 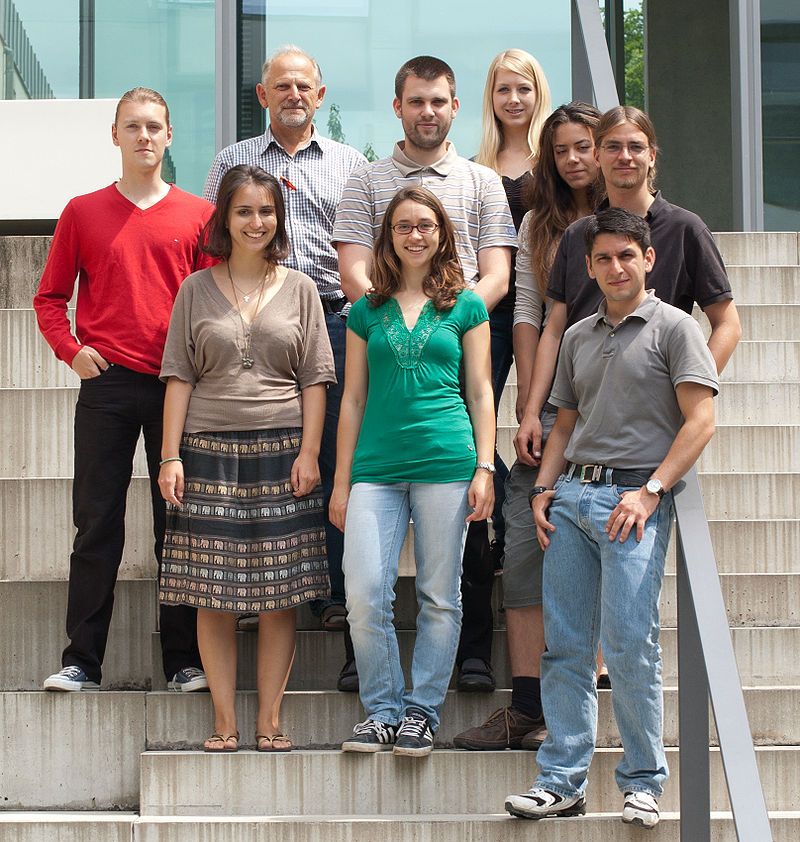