The Tip60 acetyltransferase has multiple roles in diverse cellular processes, such as transcriptional control and apoptosis induction, the DNA damage response and DNA repair. Tip60 contributes to these processes by acetylation of histones, but also non-histone protein targets, including p53. 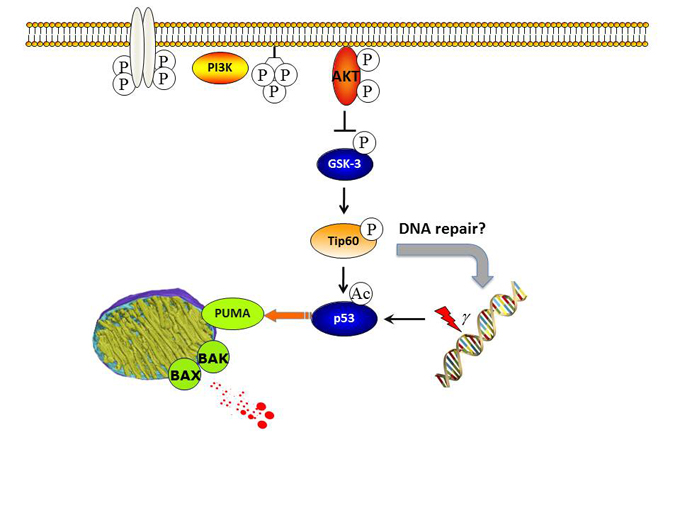